You’re probably searching frantically for a last-minute costume, so let us help.

Relax! We’ve got you covered. This year, there were plenty of Netflix, TV, and other DIY-themed costume ideas to choose from. All within reach…of your closet and house. Read through all the ideas we’ve gathered for you here at Shoppyst. If you’re really in a rush, just skim towards the bottom for the “I’m really in a bind!” section. We won’t tell.

This and last year were big years for Netflix originals. Luckily for you, many recognizable characters wore, well…plain clothes. The stuff you’d have in your closet (hopefully).

Pablo Escobar of Narcos via Twitter
You may have seen this viral image of a baby dressed as Lil’ Pablo. But you don’t have to be pint sized to pull this one off. Any late 70s era shirt and jeans ought to do. It’s all in the mustache…and the part in the hair.

If you have a black cloth, black long-sleeve compression shirt, some black pants and boots, apparently you’re in business to fight crime (not really though). Season 1 of Netflix’s original Daredevil followed the crime-fighter without his famous red costume, and instead with the much more gritty (and easy to copy) all-black outfit. There are enough characters in this series to get away with saying that you’re dressed as at least one of them. Notice anything about the inmate outfits? They look pretty close to hospital scrubs don’t they…orange or beige will work. Quick trip to the uniform store if anything, will accomplish this look.

Emotions from Disney’s Inside Out

Even if some of these are a little tricky to replicate, Sadness is definitely a favorite this year, and easy to accomplish. Pictured, is a female version of the ever-classic Clark Kent costume. Quick and simple, just use your business clothes and throw a Superman logo’d shirt underneath. Personally, this is what I was last year, I used one of my Superman logo Underarmour compression shirts underneath a white button-up.

Do you…do you get it? He’s Netflix…and he’s got his ice…he’s chillin’. 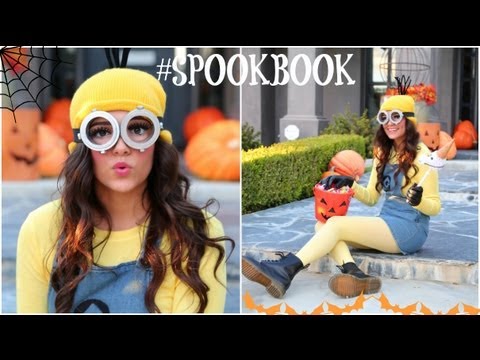 Minions
If you have a yellow shirt (any will do) and overalls, you are 90% done with your Minions costume. If you happen to have goggles, you’ll have the complete look, but at this point, the two former are enough to make you recognizable as one of adorable, mischievous sidekicks from the movie Despicable Me. The Walking Dead
Whether you want to be one of the living characters from AMC’s The Walking Dead, or a (deceased) Walker, prepare to break out some jeans, a flannel with rolled-up sleeves, and a plain tank top. If you want to be Rick, borrow a sheriff’s uniform and pair it with jeans. Quick and simple. Refer to the next costume idea for zombie/walker tips.

Do you want to make your Walker costume more authentic? Orrr…maybe you want to re-use last year’s costume and…make it zombified?? Well, we have the product for you, reviewed by our own staff member, Cindy. Were you a Disney Princess last year? Re-use that costume and just be “Zombie Princess Jasmine” this year. 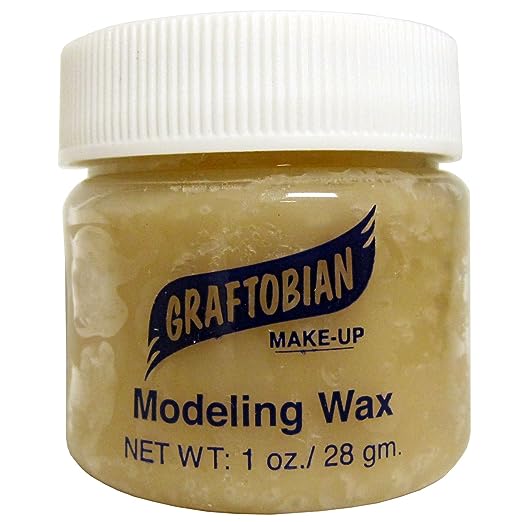 The product is called Graftobian and it costs less than $8. Cindy was able to achieve really life-like effects within a mere 5 minutes of quick make-up work.

(As an interesting side-note, if you found this helpful, this is the type of stuff Shoppyst was built on. reviewing products, sharing how we liked them, and letting others know how to join in on the fun. One of the many things that makes the Shoppyst experience what it is.)

The following ideas are for those with little time, and very few resources: Pro-tip: Get your friends who are likely “sharing” your account to dress up with you. Yeah…We know what’s up. We know what’s up.

Iron-on Transfer Sheets
Better get running to Wal-mart and grab some Iron-on Transfer Sheets. Even if you don’t actually print out an image on them, even the plain sheets themselves can be cut into any assortment of logos or designs. Be creative, here are some ideas:
-Thing 1 or Thing 2 insignia (choose your favorite Thing, mine is Thing 2) -Notice all of these use a red shirt Whatever this guy is doing

Use this costume at your own discretion. Available at your neighborhood Lowes or Home Depot.

Totally legit. Also 404: the foresight to acquire a proper costume.

Photo speaks for itself. You just need some markers, glue, and foam balls. Again, photo speaks for itself. Paint drying will be the most time-consuming part of this project.

That about sums it up! Next time plan a little better yeah? Or even better, bookmark us, and save us for next year…

…When you inevitably wait till the last minute for Halloween costume ideas again. Cheers!